We often burnout out of overworking knowingly or unknowingly – it is a common phenomenon that is tough to resist in a competitive world. We got to own up the stress that leads to burnout due to insecurity we get professionally or personally. At present, we all are in the same boat in a pandemic era and we must help each other. Therefore, I want to share my reason while working under strict deadlines and the commitment we possess to ourselves and others.

It was a time almost 10 PM, I have finished my work and went to the living room where my mother was watching a movie. I said, “Mom, I am exhausted, she replied – what’s a big deal? Aren’t you learning new things and earning money? Go, get rest!” – Hmm, I somehow did not find that as a resolution but obeyed what she said. 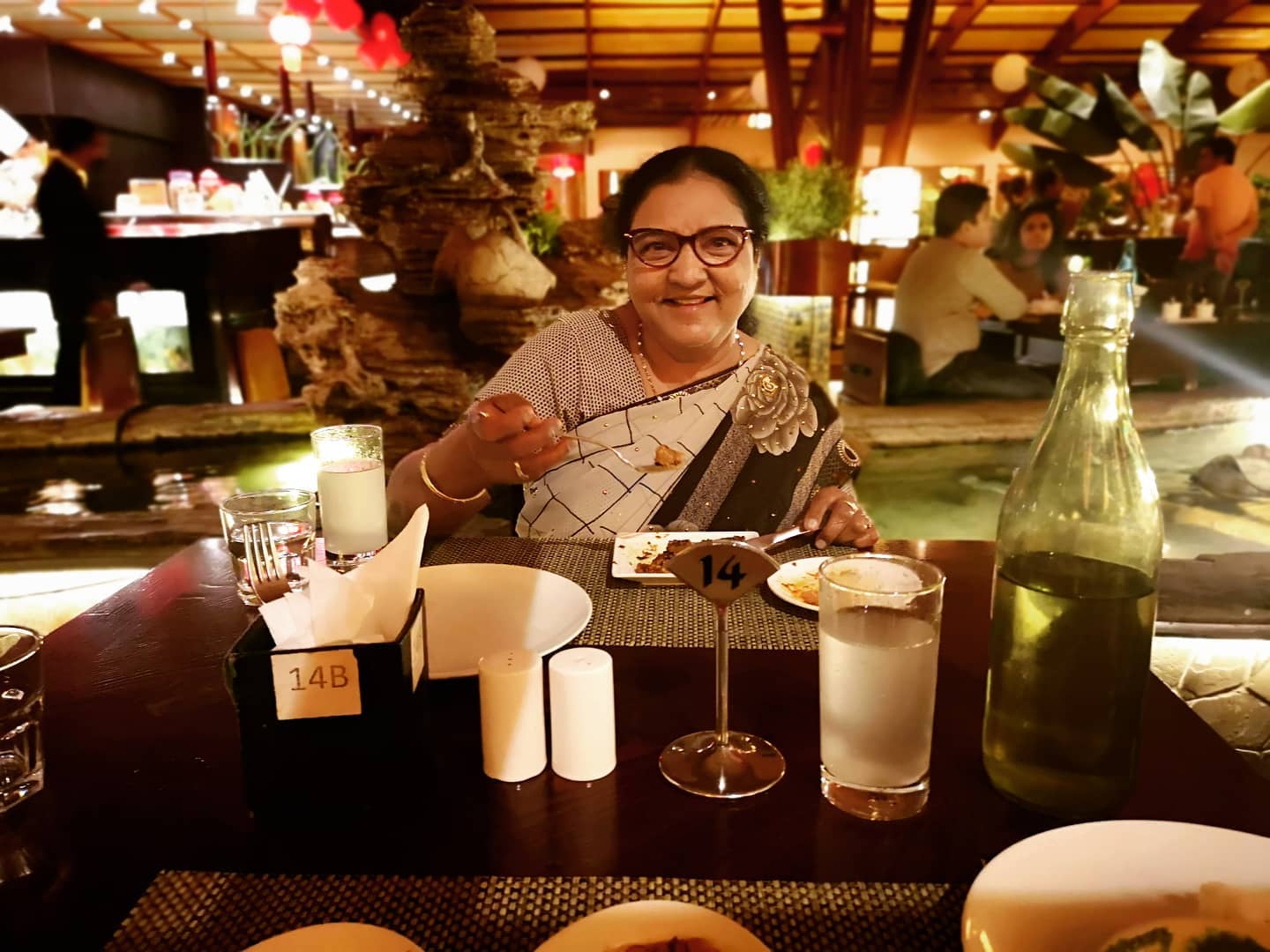 So, before I say what I want to convey in 2-3 lines, let me share a little story of her – that is my mother and her name is Rekha K. Chhatrapati, I captured her picture when we were out for a dinner on the 14th February this year. She has studied till 5th standard (No, that is not the reason why she made me educated, often, Indian moms used to provide education to girls at least 2 decades ago so they get married at a better place – sounds like working in a company) She has worked in farms and done rigorous agriculture work in her childhood. That used to be considered as an ideal skill for girls in terms of getting married in villages which was the only important matter for women living in her time. She had shared, she used to do that happily and education was never encouraged especially for girls. She was very hard working and well known to handle any type of agriculture/homework where she was living. Later, she got married based on that skill at a very young age. While she did not know anything about her future, she continued working hard and facing criticism on her education which she did not have, meanwhile, my father continued his study. She was the one behind the success of my father’s dream of finishing a master’s degree in medicine. She has truly proved sayings – behind every successful man there is a woman.

Recently, I have asked her, mom, you have struggled a lot while facing criticism due to the difference in education between you and dad many times, you have never said no to any sort of work, why did you continue being like that? She answered, “because I did not know that I can say NO. I used to finish whatever was thrown at me whether I get proper food on time or not, I have never thought about myself” and I went speechless.

After few days, I have realized, why I could not say NO to my work items no matter if I eat or shower on time, and I have decided to stop doing that, else I am encouraging the same time and approach what my mother should not have done while I love and respect her totally.

My only simple message or rather a reminder is “Give yourself the first priority than your work”, I know it’s harder than sayings in different situation and scenario (I am still practicing), however, it’s important to realize and implement sooner than later, no matter what jobs you have, what role you have got, what country you are in, we are all Humans, Learn to say NO, recognize when it is missed for yourself and for anyone around if required.